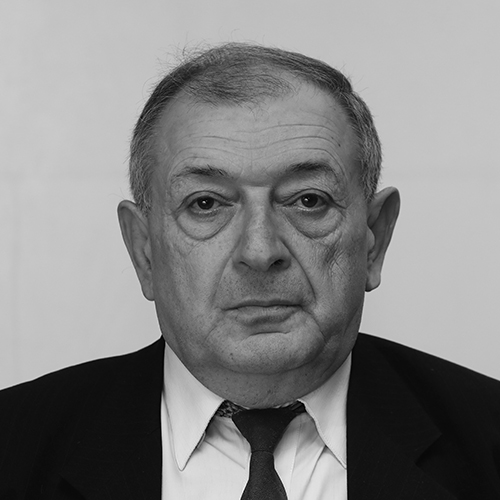 The rapid growth of the global economy is the result of increased technological innovations and their use in different fields within recent years.

Armenia has been a software development, electronics and semiconductor production center since Soviet times and somehow it has retained its ICT (Information and Communication Technologies) development potential after independence.

In 2008 the Government of the Republic of Armenia adopted the 10-year IT development strategy [1], with which the field received state attention and support. Moving forward with this strategy, on February 1 this year, the Prime Minister Nikol Pashinyan announced the following at the “Konrad Adenauer Foundation” in Germany:

“The IT field has grown 5 times for the last 7 years. IT becomes one of the driving forces of our economic growth with a huge potential for further development”.

The World Congress on Information Technology (WCIT), planned for Armenia in 2019 can contribute to the further development of IT in the country. This occasion will attract close to 2000 businessmen, innovators, public sector representatives, investors and prominent scientists from 80 different countries.

According to the RA Statistical Committee, the 2017 indicators of Information and Communication Services were distributed as follows [2]:

Based on these indicators we can conclude, that IT has made great progress in the last 5 years: The IT service volume has increased 3.4 times and 2.6 times per capita. At the same time the indicators of telecommunications have decreased, indicating that the infrastructure has reached its growth limit. For instance, the service volume decreased 22% and reached 45.640 in 2017 compared with 57.489 in 2013. This requires businessman to make serious investments in telecommunications to increase the management efficiency and growth potential.

It should be stated that the Statistical Committee is restricted by indicators provided, with limits in the information provided. Unfortunately, experts don’t have the correct opportunity to study the field efficiently being based on relatively generalized data.

As a result, researchers must apply other informational sources, including data available on economic developments and investments from the Ministry of Transport, Communication and Information Technologies websites. Also from the RA Government’s decision making processes [3]. Informal information, “Enterprise Incubator Foundation” (EIF) reports and media outlets may also become the main source of IT study.  According to publications the overall income of the “Software and Services” and “Internet Service Provider” segments has reached 922.3 mil. US dollars (it was 765.1 mil. US dollars in 2017) [4], which is 20.5% more than in 2017 (2010-2018 annual growth was 25.6%). The income of that industry reached 2.8% in Armenia’s GDP (99.1 mil. US dollars) [5].

A demand increase has been noticed in the IT services. However, it is too slow compared with the external market, which is the result of the domestic market restrictions and under developments. Plus slow diversification of the sector itself, which has its roots based on the export structure.

When analysing exports from Armenia, we see that the largest percentage of export, 45% is directed to the USA and Canada followed by Europe at 25%, 11% to Asia and 10% to Russia and to CIS countries. In recent years the list of countries Armenia exports to has been considerably increased due to Armenia’s membership to EEU.

Business in the ICT Sector

Almost 80% of these companies are located in Yerevan. These indicators show that quite a favorable environment is created for the business activities of ICT companies in Armenia.

According to the statistical material on the “Small and Medium Entrepreneurship in the Republic of Armenia, 2018” published by the RA SC, 1351 super small companies dominate among 1636 companies registered in the “Information and Communication” and the number of small, medium and large companies are 233, 42, 10.

The peculiarities and main issues of ICT activities:

These are mainly outsourcing centers with a clearly defined budget, the small part of the income of which remains in the country. The number of companies which are based on outsourcing has recently increased, but they are not expanding as the management does not need to develop.

Most software packages sold on the local market are accounting and financial software designed for large enterprises and banks. In Armenia people are not interested in automatization and IT solutions, one of the reasons is the labor force being cheap.

The cooperation is limited with educational programs and training with the main goal of which is to make professionals for specific companies and for the field in general.

Some steps are being taken to increase the number of ICT companies in the regions (such as Gyumri and Vanadzor), with the role of the state support of great importance.

Taking into account the limited human resources in ICT, in Armenia, the conceptual approach of strategic development of Human Resource market by the governing bodies is quite important. Only in this way, it will be possible to maintain and develop the interest of international IT companies to invest and remain in Armenia.

The suggestions of Samvel Shuqaryan, the academician from the National Academy of Sciences of Armenia are worth noting [9]:

Recently I have been running master classes at 2 leading IT universities in Israel, where high-qualified staff is being prepared , this is carried out in conjunction with companies interested in innovation development. “We should imitate this experience, linking education with IT.  There are numerous modern innovative centers in Israeli universities, where the majority of employees are students”.

Today the world is embarking on the greatest technological breakthrough in its history, when the wealth of natural resources (gold or carbohydrates) and cheap labor force can no longer be viewed as the main factor of economic growth. Nowadays, the minerals have been replaced by technologies, innovation and entrepreneurial potential.

Therefore we highlight the importance of research and experimental work in Armenian ICT companies. At the same time, the implementation of tax incentives tools in Armenia is also essential. In case of ICT, additional and long-term work is required for creating an internal and external investment interest.

The development and implementation of the private-state relations’ conceptual strategy by an external investor will be efficient. Now the RA Draft Law on “State-private partnership” is represented to the public. As it is stated: “The aim of the Government is to promote modern technologies involvement through consolidating the strengths and opportunities of the private sector”.

International experience shows that State-Private Partnership can bring substantial benefits to a state in the case of well-developed institutional and legislative environments.

ICT and the Legal Field

The Government of Armenia has announced the IT field at a state level as a priority for the development of Armenia’s economy. The law on “State Support to the Information Technologies” entered into force in 2015, which provided state support in 2 directions. The first one refers to programs and the second direction towards tax privileges. In 2016, tax privileges became available for the newly created and start-up for business entities: 0% profit tax and 10% income tax. The tax privilege is granted to the newly created business entities until December 31, 2022. It is also important to point out that Armenia continue to apply a preferential taxation system for family entrepreneurship which also has an important role in IT field.

The result of the legislative packages implementation: if before the adoption of the law 16 IT companies have been created, after the adoption of this new law the number considerably increased reaching 272, in 2017.  Generally, since 2017, 591 start-up companies have been accredited and have benefited from tax privileges [10], and about 4200 new jobs have been created in this field between 2017-2018, with a 3-3.4 mil. AMD as the average annual salary.

Particularly, with the changes on income tax, the preference has been given to those with higher salaries, for whom the tax burden will decrease. A flattened income tax will be applied instead of progressive taxes. Tax Code amendments provide micro business tax exemption from the taxes. It can be predicted, that these amendments will have a positive impact on ICT and its employees.

On February 8, 2018, the English emerging-europe.com touched upon the development of IT in Armenia. The author points out in the article named “Armenia Makes Global ICT Push” that: “The country, has a population of 2.9 million, has 60 universities, of which 15 have strong IT departments. In the academic year 2014-15, almost 10,000 students were enrolled on informational and hi-tech degrees, which accounts for 11.71 per cent of total student population”.

Here the main guarantee of Armenia’s success is the school of Mathematics, Physics and Technical Sciences inherited from the USSR. The new Government of the Republic of Armenia considers the technological sphere a priority, as it sees the inside locomotive of the economic revolution as the cornerstone of the future for Armenia.

From this viewpoint, the idea of building Innovation and Technology Park in Yerevan is quite welcomed [12], which will create new job vacancies for more than 6000 leading professionals.

The experience of Belarus is quite interesting. In April 2017 President A. Lukashenko sent a message to the people of Belarus and to the National Assembly by saying [13]: “The next step will be the construction of IT country. Everything that is implemented in the world of high technologies should be applied in Belarus”.

After making this decision Belarus made a legislative revolution in IT. The Wall Street American Journal wrote, that the country pretends to be “The Silicon Valley of Eastern Europe”. Today more than 50 thousand programmers work in this country having 9 million residents. Last year IT companies sold more than 9 billion dollars software products.

One of the long-term challenges of Armenia is to ensure high competitiveness in the region (Middle East).

What priorities should be put in front of Armenia? Chapter 7 of the RA Government Program, which is “Higher technologies, digitalization and military industry” mentions, that the Government “aims to make Armenia high tech and an industrial country” on which the economy should be reorganized with radically new technological solutions. Afterwards they suggest a number of new approaches, such as:

The launch of technologies for Armenia requires less resources. For a successful technology start-up smart people, computers, modest financing and pedagogy are needed. Our young entrepreneurs need great ideas and state support. In this case, of course, venture capital is important.

The RA Government program envisages “to promote the competitiveness of Armenian high-tech organizations based on the “Government as a client” concept”. As a result of the structural changes in Armenia, the Ministry of High Technologies will be established in Armenia, thereby giving a priority status to high tech and military industry.

The transition of new technology developments and its application is impossible without a complete change of the business model of economics and the logic of market structure.

Armenia should understand that the youth are the most valuable resource, which means, that the country should take care of raising the level of education and developing the success of its students, especially in science and technology.

Focusing on ICT, we should take into account that cyber technics armament race currently runs in the following three main directions:

We should also take into account the fact, that the artificial intellect is becoming the future of humanity, the basic technology, on which the national strength will depend. Armenia cannot ignore these problems and should form an artificial intelligence strategy.

[7] “Social-Economic Situation of the Republic of Armenia in January-December, 2017, SC of the RA

[8] In this part the source for a number of indicators and research results is EIF, 2018

[11] You can get acquainted with the ICT achievements in EIF Report in 2018 or on the news website of the RA Ministry of Transport, Communication and Information Technologies, as well as in numerous interviews made by the field’ specialists.