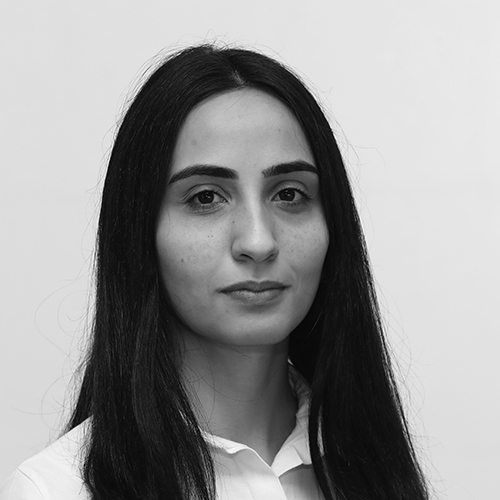 T he 13rd presidential elections were held in Iran on June 18. 28.9 mil. voters participated in the voting out of 59.3 mil. eligible voters. Thus, the turnout was 48.8%, which is the lowest in the history of the Islamic Republic’s presidential elections. The head of the judiciary, Ebrahim Raisi, wins by getting 61.9% of the votes (17.9 mil. votes). Other candidates received much less votes. The distribution of votes among the candidates is as follows:

T his election is the most non-intriguing in the history of Iran’s presidential elections, as Raisi’s victory was obvious even before the vote. First, at least a year ago, it was already clear that a conservative candidate would win the upcoming elections, as there was a lot of dissatisfaction with the current reformist government among both the society and state structures.

Dissatisfaction was mainly due to the deterioration of the country’s economic situation, which, in turn, was a result of the US President Donald Trump’s withdrawal from the nuclear deal and imposing new sanctions on Iran. Rouhani’s government was accused of pursuing both foreign and domestic, particularly a wrong economic policy.

The weakening of Reformists’ positions led to the fact that the Conservatives won the parliamentary elections in 2020, with an absolute majority. It was also facilitated by the fact that the Guardian Council didn’t approve the candidacy of the majority of reformists. The presidential election also followed the same logic.

A few months prior to the election, there was a lot of discussions in the Iranian press about who would be the main presidential candidates. In case of the Conservatives, the possible candidacies of Ebrahim Raisi and Parliament’s Speaker Mohammad Bagher Ghalibaf were most often discussed ones. However, the main emphasis was that in case of Raisi’s participation, the Conservatives were ready to unite around him. Finally, Ghalibaf didn’t register its candidacy in favor of Raisi.

As for the Reformists, the most desirable candidate was the Foreign Minister Mohammad Javad Zarif, who however didn’t agree to nominate its candidacy. First Vice President Eshagh Jahangir was nominated from the reformist camp.

On the last day of registration, former speaker of the Iranian parliament Ali Larijani registered his candidacy. In case of the latter’s participation, Raisi-Larijani rivalry was expected, however the Guardian Council didn’t approve the candidacy of either Larijani or any of the Reformists camp.

The Guardian Council approved 7 candidacies out of the 592 nominated people, 5 of which were Conservative. Those candidacies were:

(2. Jalili, 5. Zaqani and 7. Mehralizadeh withdrew from the election campaign two days before the voting, on June 16).

The Guardian Council’s decision on candidacies caused a great dissatisfaction in Iran. President Rouhani even sent a letter to the Supreme Leader, asking for intervening in the election process, emphasizing that the society is not interested in which camp the candidates are from, and it only matters that the candidate will be able to solve the problems of the country.

Although later Khameni expressed dissatisfaction with the process of not approving Larijani’s candidacy, however it didn’t lead to any change.

It was already obvious from the list of approved candidates that Ebrahim Raisi didn’t have a serious rival and would win by a significant margin of votes. The results of the poll also testified to that.

The results of Raisi’s poll almost coincided with the election results. Based on the polls, those who voted for the candidate on June 14, formed 60,6%. As a result of real voting on June 18, the candidate received 61,9% of the votes and won.

Who is Raisi, and what to expect?

E brahim Rayisi was born in 1960, in the city of Mashhad. He received a religious education in the cities of Mashhad and Qom, and a legal education at the Shahid Motahar University in Tehran. Shortly after the Islamic revolution, at the age of 20, he was appointed prosecutor at the age of 20. Then he rose to the state, judicial and hierarchy.

In 2019, Raisi was included in the list of US sanctions for human rights violations.

With Raisi elected, the legislative, executive and judicial powers will be in the hands of the Conservatives. Although it isn’t yet known who will be the new head of the judiciary, traditionally that position is entrusted to conservative figures.

The establishment of conservative power in the government can contribute to a more coordinated work of the three branches of government. The government will be able to put forward its programs more easily without facing the disagreement of the parliament.

The formation of a new government will mean a certain toughing of attitudes towards the West from the viewpoint of foreign policy, however it will hardly lead to groundbreaking changes. The reason is that due to the peculiarities of Iran’s public administration system, important foreign policy decisions are made with the permission of the Supreme Leader, whether there are Conservatives or Reformists in the government.

Nonetheless, the toughening of rhetoric and attitudes towards the West do not mean that the government will be against the Nuclear Deal. Raisi himself stated during his campaign that he was not against the deal. The Conservatives are well aware of the importance of the deal, as it is crucial for solving the country’s economic problems. It is also possible to strengthen the position of the East, China and Russia under the Conservative Government.

Raisi also stressed during the campaign that the development of relations with neighboring countries is a priority. In particular, the new regional and geopolitical situation around Artsakh after the war, the formation of a new status quo will become a stimulus for the change of Armenia-Iran and Iran-Azerbaijan relations and policy.