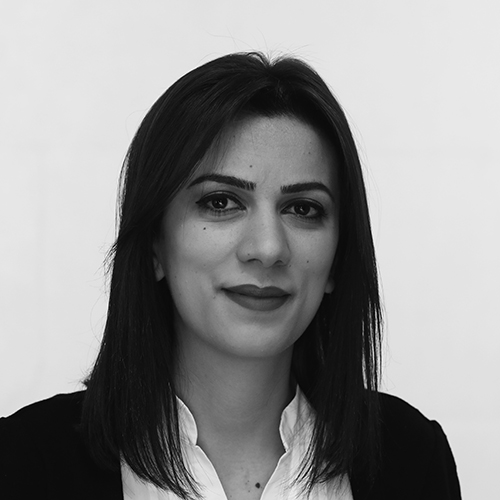 S ince the Second World War, France has always been the main proponent of European self-reliance when it comes to security and defense. In recent years, France has re-activated its foreign and defense policy, trying to strengthen its influence in Europe. Today, however, France’s aspirations for European defense initiatives have undergone some changes. If previously, the primary aim of France was to develop EU defense capabilities, today the authorities have pushed forward a new concept, according to which France strives to develop the Pan-European defense capabilities outside EU.

After Macron’s coming to power, France expressed support for a number of existing formats, such as the “European Intervention Initiative” (EII), PESCO and the idea of creating a “True European Army”. These initiatives are different in nature and in issues, but the main idea is the completion of the Pan-European defense implementation.

Despite numerous statements, that the initiatives will complement NATO, the true aim is at raising Europe’s sovereignty and reducing the NATO’s influence.

Emmanuel Macron presented his vision of the “European Intervention Initiative” during the famous “Sorbonne Speech”  in September 2017. Speaking about self-governed, united and democratic Europe, he has mentioned that Europe needs to establish an “intervention force”, which will operate on behalf of all the military members and the term “European defense” will mean that Europe is able to act independently. According to Macron, this force with a separate budget and mandate should be established within three year.

On June 25, 2018 9 European countries, France, Germany, Belgium, Denmark, the Netherlands, Estonia, Spain, Portugal, Great Britain signed a letter of intent for the “European Intervention Initiative” and in November 7, Finland also joined them as the tenth participant.

The member countries of the coalition will contribute to the development of a European military culture and capacity development for ensuring their own security. There is no doubt, that the list of the countries involved in this initiative will soon be expanded.

In the document of “The French Review Strategique” published in October 2017, the “European Intervention Initiative” is defined as a priority for Paris. France considers the South neighboring region, from the Mediterranean to the Sahal-Sahara, as a challenge for both its national and Europe security, but do not receive enough support for the region’s protection.  The military potential and financial capacities of the French are not sufficient and France needs new partners.

Aiming at completing the Pan-European defense, this initiative solves important issues for France: Paris wants to attract European partners in the continent’s outskirts, as well as in the crisis management activities of the South. It is mentioned in “The letter of intent” signed by the Ministers of Defense of the “European Intervention Initiative” member states in June 25, 2018 that the aim of the initiative is to closely cooperate with those European countries, which are ready to take part in the international military activities in crisis zones. The cooperation will be carried out in four fields: strategic forecasting and intelligence, scenario development and planning, supporting for action and conceptualization.

In order to make the EII goals realistic, it was decided to create a permanent secretariat in Paris, the staff of which is mostly comprised of the French Defense Ministers. The initiative is open for all European States, there are no clear membership requirements, but there are certain conditions, which are desirable.

It can be said, that being outside EU and NATO, the “European Intervention Initiative” can be more operational becoming a flexible and realistic project. It is also distinguished by Denmark and Great Britain’s involvement: though Denmark did not join the EU Common Security and Defense Policy, but joined this initiative, on the basis for greater autonomy for Europe in the field of Security.  Regarding Great Britain, EII gives an opportunity to go on playing an important role in European Security issues after Brexit. People in France are well aware, that without Great Britain’s military potential EII cannot become a reality.

Even though this initiative is out of the EU “Common Security and Defense Policy” (CSDP), it will contribute to the strengthening of defense cooperation within the EU frameworks. It is mentioned in the “Letter of Intent” signed by the Defense Ministers of the EII Member States, that the they will try to bring the aims of PESCO (Permanent Structured Cooperation) into life within the initiative’s frameworks.

A nother Initiative that is directed to the European security strengthening and one that which France consistently supports is the “Permanent Structured Cooperation” PESCO. All the EU Members joined it, except for Great Britain, Denmark and Malta.

France and Germany are the main leaders of PESCO, though initially they had some contradictions: France wanted to set the organization’s main initiative based on efficiency and great potential, by setting high standards for membership, whereas Germany was stressing the necessity for the maximum number of EU member involvement. Finally, a compromised version was adopted, where the high military capabilities were not required for the initiative’s membership, though the Member States should ensure a certain level.

The PESCO document also states, that the aim of the Initiative is to develop the Member State’s defense capabilities with joint efforts. At the time, it aims to raise the EU weight as an international security role player, to protect the EU citizens and to raise the efficiency of defense expenditures.

PESCO has a two-level structure: Council Level, which is responsible for general policy and for decision-making and the Projects Level, which is responsible for the projects development and for participation (by preference) of Members States to them. PESCO Secretariat is formed by the European External Action Service (EEAS), which will become the main point of communication for the Initiative’s Member States. 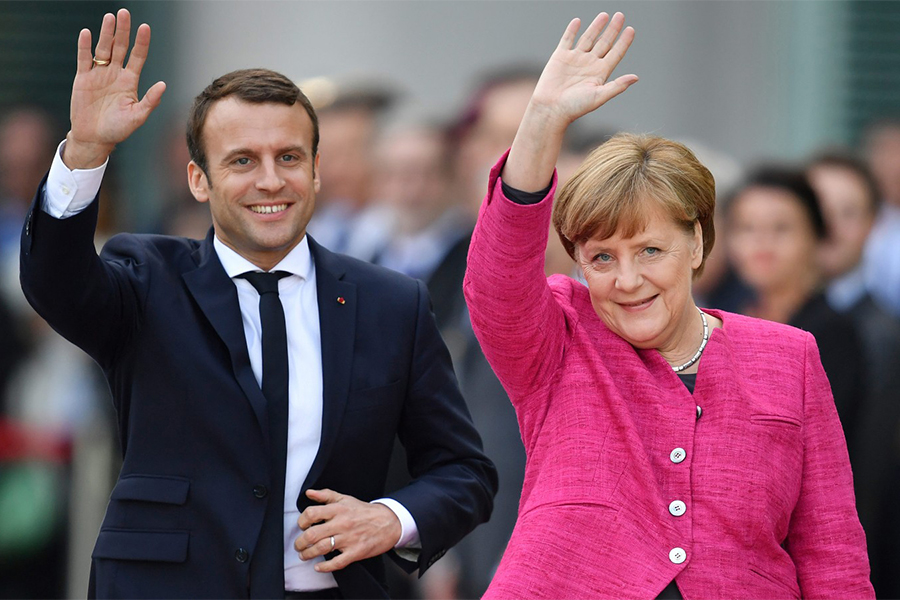 On March 6, 2018, the Council adopted 17 projects to be developed under PESCO and a participators list, and on November 19, another 17 projects were adopted. The projects are mainly focused on the defense trainings, raising operative readiness and development capabilities.

Countries that cannot gain membership to PESCO, can potentially participate in the projects carried out within its frameworks. (Council should establish the requirements, after meeting to which these countries can participate in these projects).

Therefore, it is worth mentioning, that the realization of PESCO is not so high. Being an Initiative formed within the frameworks of CSDP and exclusively formed by EU Members, it cannot sufficiently be flexible and effective because of the lack of consensus decision-making and slow process.

T he next initiative, which is Macron’s interest, is the concept of creating a European Army. This initiative is not a new one and has been voiced for years by various European figures (e.g. Jean-Claude Juncker, the President of the European Commission). The discussions about the creation of European Army began on November 6, 2018, during his “World War One Armistice” trip the President of France announced, “Russia has demonstrated its capability of becoming a threat for European security and Europe should be able to defend itself from that threat”.

Later giving an interview to «Europe 1»  radio station, he mentioned that in order to handle the threats from Russia, the USA and China, Europe needs to create a “real European army”. According to Macron, Europeans can no longer trust the USA, as Europe’s security was affected by Donald Trump’s decision to withdraw from the “Missile Technology Control Regime” formed in 1987.

On November 13, German Chancellor Angela Merkel supported the idea of creating a “real European army”, mentioning that the united European army will show the world that there will never be a war between European countries. However, it is noteworthy, that neither Merkel, nor Macron have so far demonstrated their vision of creating a European Army.

The EU countries have a desire to strengthen their defense as one entity, but they are not ready for the creation of and “EU Army”. Most of them view this step as a loss of independence and are sensitive to this issue. Moreover, there are certain legal restrictions and financial difficulties for bringing this idea into life. At this moment, the idea of creating an Army realistic is problematic. Particularly, the Maastricht Treaty signed in 1991 and the Treaty of Lisbon signed in 2007  made the creation of a European army legally impossible, at the same time making military and civilian activities conducted by the EU possible only under the CSDP.

The CSDP assumes that the EU can pay only for the civilian activities, but the military and defense activities should be financed by member states. Small and fast response groups formed within the EU frameworks can carry out activities only with the consent of all member states, and getting everyone’s consent on the creation of European army and if necessary to apply it will not be that easy. Besides the above-mentioned, the creation of Pan-European Army will require great deal of resources from Europe, which in its turn, reduces the possibility of bringing this idea into life.

The USA continues to activate its military involvement in Europe: Pentagon spending on Europe has risen to 4.77 billion dollars, from the 789 million dollars allocated for Europe in 2018 and it contributes the 70% of NATO’s military spending.

The creation of European Army becomes a difficult and unrealistic idea taking into account this data and the fact that European countries can hardly afford their own security (in 2017 Macron cut the military budget by 1 billion, as a result of which Pierre de Villiers, the Chief of the Defense Staff of the French Army has resigned as a sign of protest).

Thus, the vision of a “real European army” is not clarified yet and it remains at the ideological level.

It should also be stated, that Macron needs support both inside the country and in the EU for the implementation of these ambiguous projects. Although the results of the recent social surveys show, that currently Macron’s reputation is on the lowest level, that is 24%, which will by no means affect the President’s plans.

What refers to the EaP countries, as well as Armenia, is that from the viewpoint of possible cooperation and integration of these three initiatives, the Pan-European coverage having “European Intention Initiative” is perhaps the most realistic one taking into account its targets and being open to the third world countries membership.