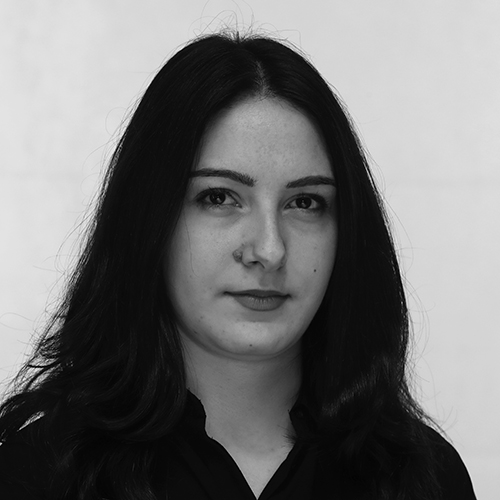 The Phenomenon of Political Novices

Why do people give preference to inexperienced candidates?

The results of Ukraine’s presidential elections in 2019 have brought about discussions on the changes of political power.  There has been an international shift in preferring new and sometimes inexperienced figures in politics as public dissatisfaction towards previous regimes becomes apparent.

On April 21, the second round of Ukraine’s presidential elections took place, as a result of which Vladimir Zelensky, a famous comedian and actor, received more than 73% of the votes. A high result was unprecedented in the Ukraine’s election history, despite the post-Maidan elections, when Petro Poroshenko won the presidency with 54.7 % of votes in the first round. It is noteworthy, that Zelenski, having no political experience, was leading the first round and received more than 30% of votes, almost twice exceeding the current President Petro Poroshenko and Ukraine’s “veteran” of politics Yulia Timoshenko. As well as the other 36 candidates who were running for the presidency. 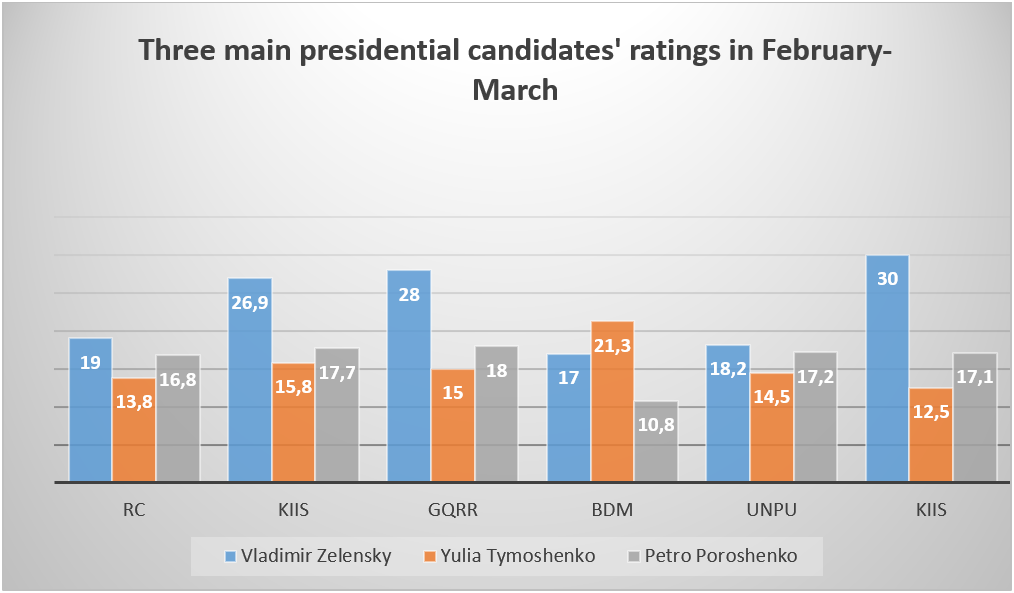 This result was predictable: sociological polls conducted during the pre-election period showed that Zelensky was to get the majority of votes.
If at different periods of time, the ranks of Poroshenko and Timoshenko fluctuated between second and third places, Zelensky was mainly leading during the whole pre-elections period [1].
What was the reason for the extremely high confidence towards this new inexperienced politician?

The difference in votes brings us to the conclusion, that the choice of Ukrainians was conscious and expressed public’s accumulated distrust towards Poroshenko. Before becoming a president, he held different political offices and was a successful businessman.  Poroshenko came to power after the revolution in 2014, by getting broad public support.

Together with the slogan “Live in a new way”, the end of the war, joining the EU and NATO, military reforms, management decentralization and other promises, Poroshenko, as a political figure, promised to sell all his companies except for the “Fifth Channel”. However, the post-Maidan reforms, the fight against corruption could not provide the desired results and the implementation of the pre-election promises did not satisfy the public and the president’s rating began to decline. 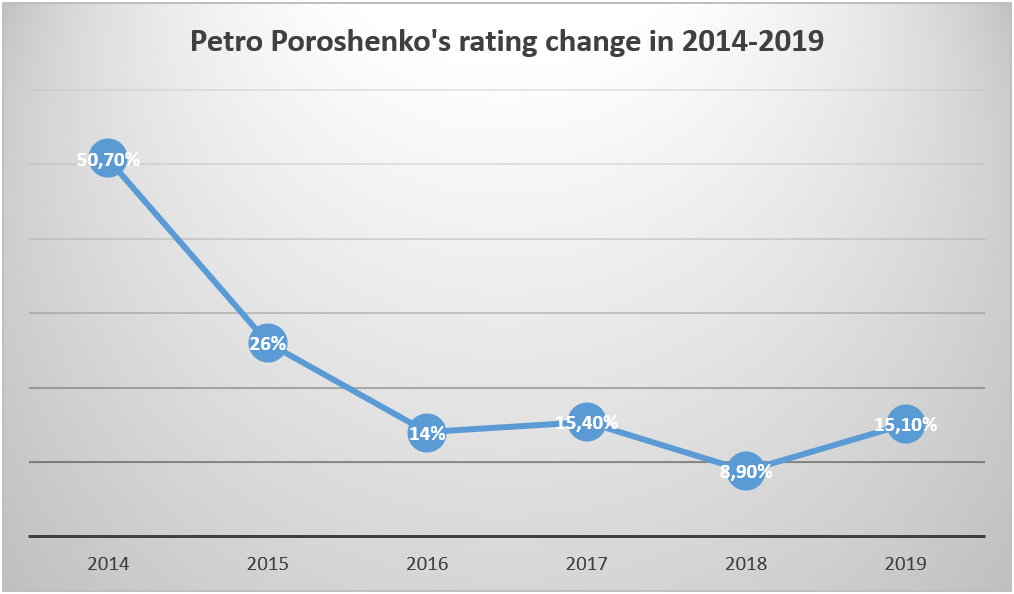 The events occurring before the campaign greatly impacted Poroshenko’s ratings, such as the withdrawal of the Kiev diocese from the jurisdiction of Moscow’s Patriarchate, the clash between Russia and Ukraine naval forces in the Azov Sea and the declaration of martial law on the eve of the elections. Poroshenko’s pre-election campaign was based on the nationalist approaches (he used “Army, Language, Religion” slogan) for the sake of receiving public support. The best example of it was returning language issue to the public agenda. However, in practice, it had quite the opposite result.

The Ukrainians gave their votes to Zelensky, who was not principally against the use of Russian in Ukraine.

Poroshenko represented himself as a candidate fully supported by the West. His meetings with Germany’s Chancellor Merkel, France President Macron (who also accepted Zelensky) and with the EU highest officials was presented to the public as an evidence of EU support, which was exaggerated. Moreover, there was some disappointment towards Poroshenko in the EU: the low level of democratic reforms and struggle against corruption in Ukraine (https://www.golos-ameriki.ru/a/corruption-report-paints-bleak-picture-for-russia-eastern-europe/4763189.html) could not but worry Europe. At the same time, the disagreements between Ukraine and Russia “forced” the EU to respond, which is not so desirable in the face of EU problems. Hence, one cannot not completely persist that Poroshenko enjoyed the unconditional support of the West. The election’s results satisfied the West, Europe and the United States responded positively to Zelensky’s victory, especially when the newly elected President didn’t raise an issue of political course change.

Choice between old and new

In Ukraine, the pre-election campaign was based on Zelensky’s contrast to Poroshenko and the acting system. Zelensky, who had no relations with the reputed political system, immediately caught the public’s attention. He acted as the people’s representative, spoke in a language comprehensible to people, raised the systematic problems worrying people and suggested non-standard solutions. Zelensky was more realistic in his promises, he admitted that great will, efforts and time are needed in order to solve the Ukraine’s problems. Zelensky raised the issues of war, corruption and poverty, which had been piled up for years. Poroshenko continued to be perceived as an oligarchic official in the eyes of public. Zelensky’s victory proved that people are tired of the old system, the political elite prefer to see a figure who might be inexperienced but someone who understands the problems of common people.

The thesis of inexperience, which was actively circulated by the team of Poroshenko, in no way affected Zelensky’s rating and in fact it had the opposite effect.
It is also worth mentioning, that Zelensky’s opponents represent his workstyle as a populism, comparing him with a number of western leaders, who were also in charge of ambitious activities. 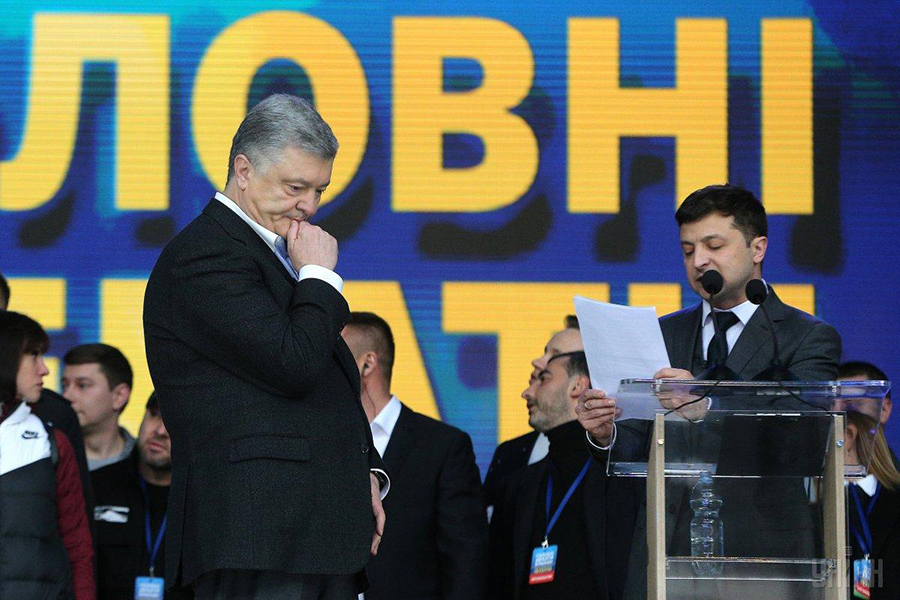 According to expert views, comparing the mass distrust of the people towards the Ukrainian state with the partial crisis of Western countries’ democratic institutions in the West are not justified in calling Zelensky a populist. Due to his workstyle, Zelensky tried to get the trust of the electorate and bring people together. One the other hand, by using these unique tactics it was a signal for the ruling elite and now they will review their workstyle.

Volodymyr Zelensky made the image of the “Servant of the People” reality.

The innovative technologies used by Zelensky’s team during and after the pre-election campaign was of one to note. The most remarkable was the “Servant of the People” TV series shown in 2015, with a slogan “The History of the Next President”. The series having three seasons, in which Zelensky embodied Ukraine’s President, had great success. Political system presented in the film was quite similar to those of Ukraine,and the  problems the country faced. Zelenesky, the common history teacher, an honest, patriotic and devoted to his work, and whom the people elects as a President, has to overcome many obstacles, fight against corruption and the oligarchic system. 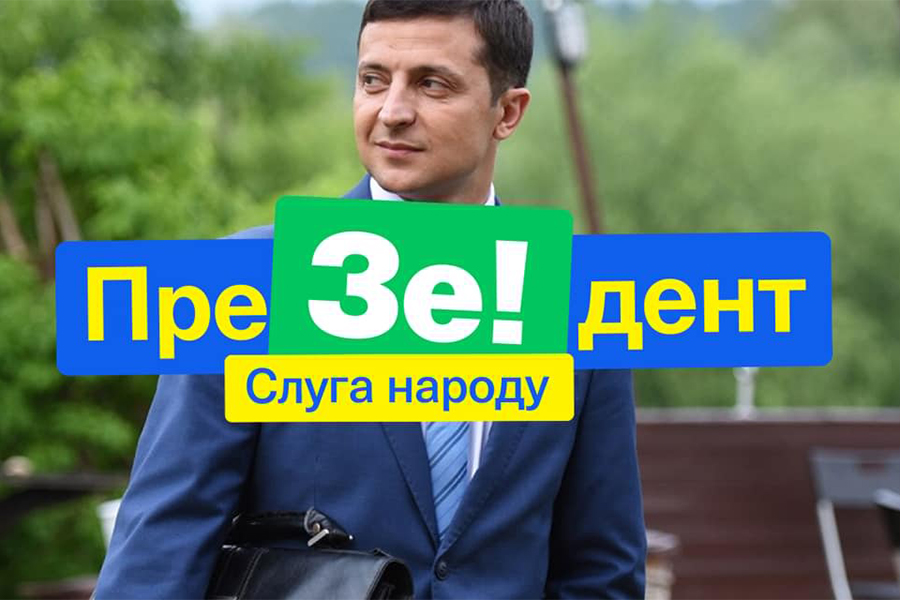 Zelensky actively used his hero’s character during the campaign, which the society hardly differed from the “real” Zelensky. For instance, a shot from a film, where the President was shown with his portfolio, was used on Zelensky’s pre-election poster. Interestingly, the TV series shown in autumn 2015 was also shown during the pre-election period and the 3rd season of the series was shown on the eve of the first round of elections. Although the influence of the film on the final result of the elections has not been estimated yet, the sociologists are convinced, that the series helped Zelensky but didn’t play a decisive role: according to sociologists it only brought 6% of the voices gained.

Moreover, it is not only the “Servant of the people “series, which brought fame to Zelensky. All those humorous projects, films, programs, where Zelensky participated, played a great role on his popularity. Political satire played a special role, with which Zelensky’s team ridiculed Ukraine’s political system and the public thought that Zelensky possessed which was against the current system.

While drafting his pre-election program, Zelensky involved citizens, which was a unique and efficient step, as on the one hand, the candidate was accepted as the people’s representative and on the other hand, the people participated in “creating” its candidate. This technique has been used in more than 20 countries: Great Britain, Peru, Georgia, South European countries.

Innovative thoughts used by the Zelensky’s team during the pre-election campaign targeted the young and “modern” voters as well. Posting videos in social networks, organizing live broadcasts, hashtags, flashmobs, challenges, issuing and spreading different items and stickers among the youth are quite interesting means of pre-election campaign.

Another chief advantage of Zelensky’s campaign was the charisma he had, which was also used effectively during his pre-election campaign. It was expressed through his artistic talent and through the ability of catching the audience’s attention. Zelensky’s team, in fact, while creating its political image, chose the “leader-servant” type, who tries to present the interests of his supporters, guided by their faith and needs while representing himself as a person acting on behalf of the people.

Is Zelensky sponsored by Kolomoyskiy?

During the pre-election period, Zelensky was associated with Igor Kolomoyskiy, a Ukrainian oligarch, businessman, social-political figure, the founder of Ukraine’s largest industrial-financial “Private” group and the Head of the United Jewish Community of Ukraine. In other words, many called Zelensky an “octagon” of the famous oligarch, hence, according to these opinions, Zelensky was the “servant of Kolomoyskiy, rather than that of the peoples”. Such “accusations” were made mainly from Pyotor Poroshenko’s side. As it is known, in 2015, as a result of the contradictions with Poroshenko, Kolomoyskiy was dismissed from the post of Dnepropetrovsk region’s head and the “Privatbank”, one of the owners of which was Kolomoyskiy, became a state ownership in 2016. Currently the businessman lives in Israel and is a citizen of that country.

According to “accusations”, Zelensky got a financial, informational, political and professional support from Igor Kolomoyskiy and after getting power he should act according to the “dictation” of famous oligarch. It is also known, that there are some specialists in Zelenky’s team, who work with Kolomoyskiy as well, such as the lawyer Andriy Bogdan. Moreover, “1+1” media holding owned by Kolomoyskiy widely covered Zelensky’s pre-election campaign. “Servant of the People” and other humorous programs and films were broadcasted by “1+1” TV channel. Moreover, on New Year’s Eve of 2019 they broadcasted Zelensky’s message instead of the President Poroshenko’s message, where Zelensky announced about his participation in the presidential race.

The newly elected president has denied relations with Kolomoyskiy on a number of occasions. As for Kolomoyskiy, though he expressed support for Zelensky during pre-election period, he completely denied all the rumors about financing Zelenky’s pre-election campaign. He announced that he does not expect anything from Zelensky but can advise him from time to time if needed. It is noteworthy, that Kolomoyskiy returned to Ukraine and in his talk to journalists he presented who he sees in key positions of the country (Prime Minister, Presidential Chief of Staff, Prosecutor General, Head of National Bank).

Although the possible support of Kolomoyskiy to Zelensky shouldn’t be excluded, people in Ukraine continue to discuss the possible influence of the famous oligarch on the decisions of a newly elected president. 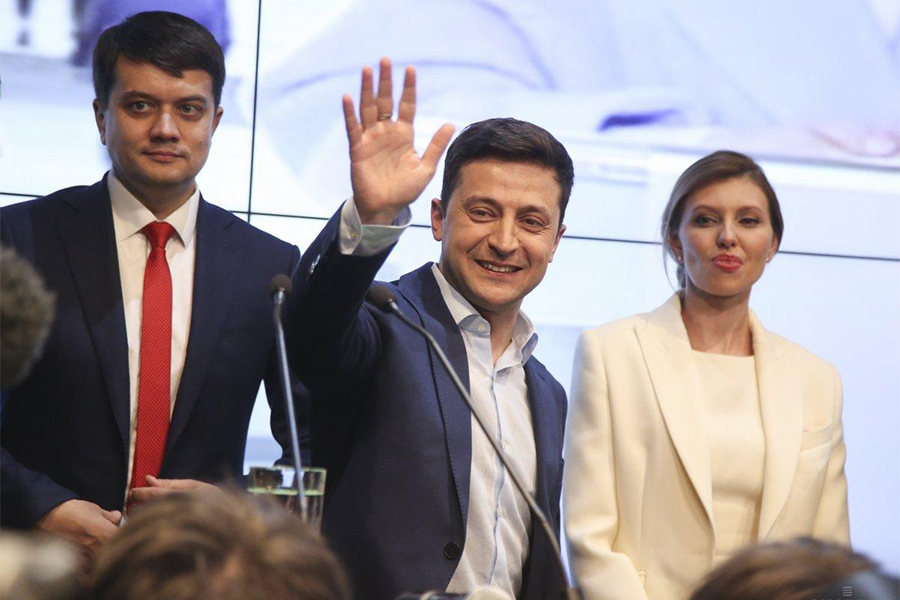 There is a dual power in Ukraine after the presidential elections. If Parliament is not dissolved and if snap elections are not held, up until the next elections (October 2019), Zelensky may face serious counteraction from the Supreme Rada acting under the control of Poroshenko.

Ukraine’s governing system, plans quite limited powers for the country’s president, therefore the president cannot act freely, have an influence on the Government’s formation, on legislative and other reforms without the support of the Parliament. That’s why it is important for Zelensky to form such a political power (already registered “Servant of the People” party), which will be able to get most of the MPs mandates in the upcoming parliamentary elections.

Summing up, despite the lack of experience, the pre-election work done by the newly elected president’s team lets us think that the latter has a serious potential. Therefore, after getting power, Zelensky’s number one issue should be winning the Parliamentary elections and having the majority or at least a large fraction of the seats.