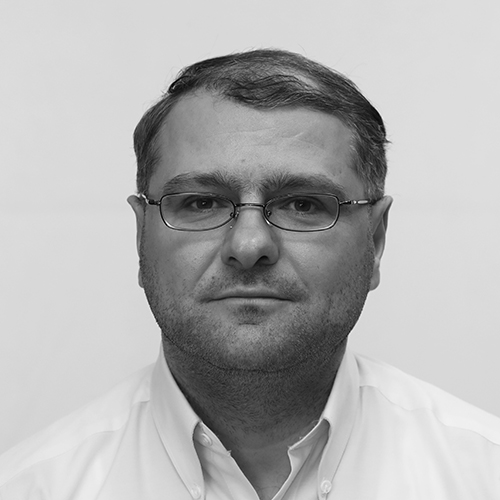 New Anti-Turkish Alliances in the Mediterranean

I n recent years, the rapidly changing world order has shaped the dynamics of states and their interests. The process of interests between the major players stands out for its pragmatism and short-term solutions. As a result, the efficiency of previous bilateral, long-term allied formats have decreases, and they are either self-dissolved or reorganized into other models. One of the main reasons for these changes is that bilateral alliances are limited in the possibility to maneuver. Although the allied model has its negative sides, it is still flexible and allows expanding the boundaries of interests and its influence. This situation is also noticed in Middle East and in the Mediterranean basin: Turkey-Israel strategic alliance is on its way to self-destruction. As to some estimates, Israeli attack on the Turkish “Mavi Marmara” ship in 2010, was the linchpin on freezing the relations. We think that Ankara-Tel-Aviv controversies are much deeper and include both defense-security and economic-energetic fields.

Overall, US strategy does not mean that Washington about the necessity of cancelling the strategic alliance with Ankara, though the emphasis of Washington-Ankara relations have been changed on the initiative of Washington. The USA has become more pragmatic, and Washington gives great importance to the formation of alternative integration mechanisms on the issue of Turkey.

The role of Turkey in US Middle East politics has recently decreased: negotiations on acquisition of Russian S-400 missile defense complexes, the arrest of American clergyman Andrew Branson were one of the manifestations of the new logic of the exchange of parties’ interests.

Within this context, Greece-Cyprus-Israel newly formed strategic axis is of great importance in Washington. The new integration platform is often viewed as Mediterranean’s’ “pivot of democracy” and the expertise field points out the anti-Turkish orientation of the alliance.

O ne of the key components of the Greece-Cyprus-Israel trilateral alliance is the energy field.  In 2009-2010 large resources of natural gas, about 1.2 trillion cubic meters were discovered in Israeli, as well as on the Cypriot coastal areas of the Mediterranean Sea, of which 1 trillion on the Israeli coast [1]. More than 85% of Israeli gas reserves are concentrated in the 2 “Leviathan” (620 bil. cubic meters) and “Tamar” basins (280 bil. cubic meters). Israel reached an agreement with an American Nobel Energy [2] and Israeli Delek Group [3] companies for using the basins. 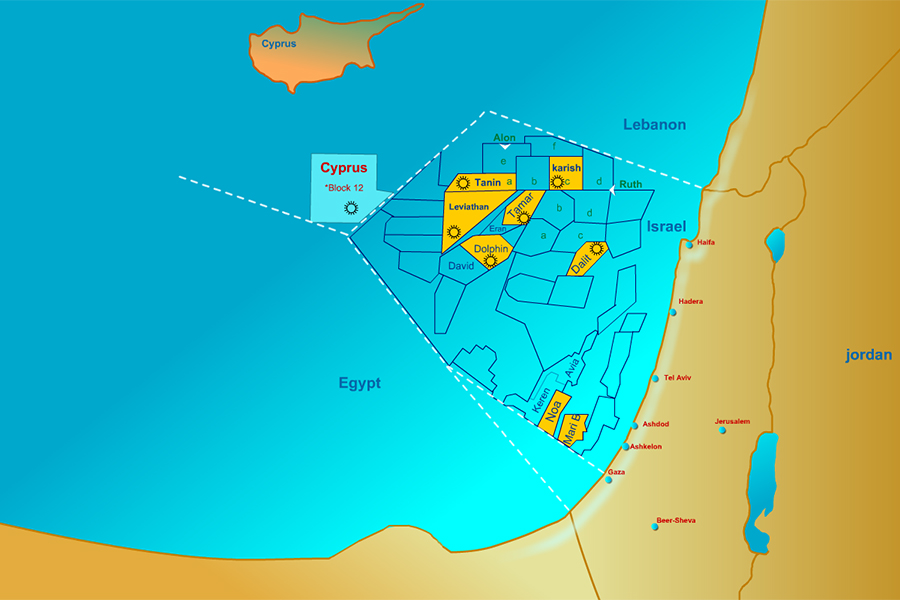 After discovering new resources, gas import volumes from Russia and Azerbaijan were reduced. As a result, Israel significantly increased its energy security level and made a bid for becoming one of the energy hubs in the region.

In the beginning of December, 2017 Cyprus, Greece, Israel and Italy signed a Memorandum of building EastMed gas pipeline, with which gas from Israel will reach European market passing through Cyprus and Greece.

The pipeline is worth about 6 billion US dollars and is planned to be used starting from 2025. According to the project, it’s one of the longest and deepest underwater gas pipelines in the world with more than 2000 km in length.  As for the preliminary estimates, the capacity of the pipeline will pump about 12-16 bil. cubic meters of gas annually.

The EastMed’s construction proceeds from EU’s energy interests: the pipeline will increase EU’s energy security by diversifying energy sources and supply routes. The European Union takes part in the pipeline’s construction expenses. The EU has allocated €70 mil. for a feasibility study [4]. The assessment was done by IGI Poseidon company [5] (Joint venture between Italian Edison and Greek DEPA).

In recent years, the governments of Greece, Cyprus and Israel have been discussing to supply the Levant basin gas to neighboring countries. Israel is negotiating with Egypt on this issue [6]. Despite the frozen relations, Tel-Aviv and Ankara are also negotiating on the gas supply issue [7]. An agreement was reached with Jordan as well [8]. Bulgaria is interested in buying a natural gas from the “Leviathan” gas field [9].

In recent years, Chinese Fosun International Holding has been interested in buying the Israeli “Karish” and “Tanin” natural gas fields. However, currently, the right to processing these gas fields belongs to the Greek Energean Company.

Ankara, in its turn, has also taken some steps to involve the Turkish Republic of Northern Cyprus in the jurisdiction issue of the Eastern Mediterranean basin, with which it will ensure the legal equality of Leviathan basin natural gas resource exploitation. From the legal standpoint, the possibilities of Turkey are quite low: the governments of Greece, Cyprus and Israel have already clarified the borders of their countries’ exclusive economic zones (EEA). Turkey has tried to challenge the issue by means of political and military pressure and has hindered gas exploration in Cyprus’s coastal areas on many occasions.

The volumes of Israeli gas supplies are largely dependent of the “Leviathan” gas field exploitations opportunities and terms. Originally, it was planned to be put into operation in 2017, but was postponed till 2019. Now, gas capacity is estimated 21 bil. cubic meters annually compared to the previous 16 bil. cubic meters. To exploit the gas fields there was a need to construct 2 gas pipelines: one will satisfy the internal needs of Israel, Jordan, Egypt, the other will be lead to the European market. 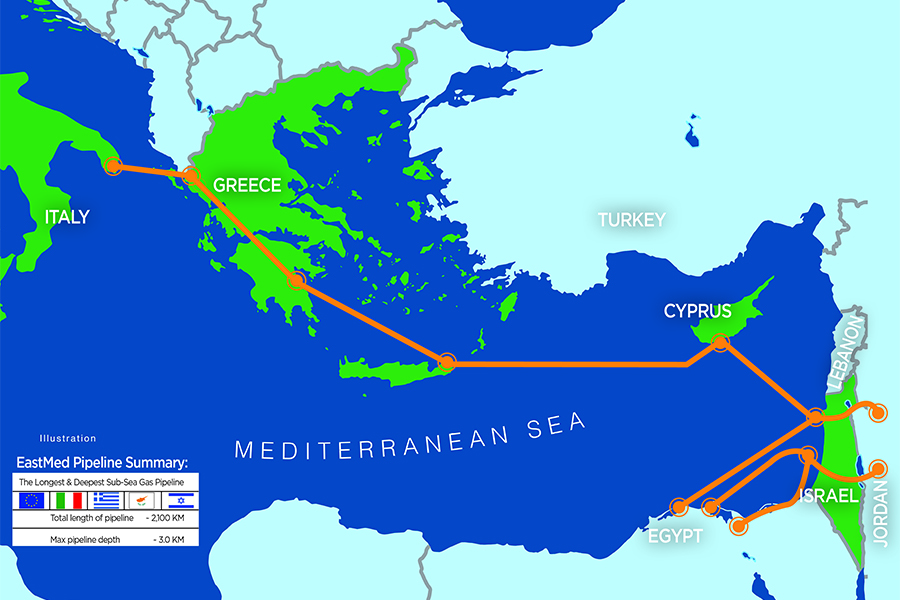 T he Greece-Cyprus-Israel alliance also cooperates in the fields of security, cybersecurity, emergency and environmental protection. Naval forces of Greece, Cyprus, Israel, as well as US participate in the famous “Noble Dina” joint exercises [11]. Until 2009, Turkey also participated in the exercises. However, with the frozen Turkish-Israeli relationship, the Israeli side could only agree with Washington on the issue of Ankara’s withdrawal from the military exercises.

On March 19-29, 2018 the “Noble Dina” exercises were held, in the framework of which NMIOTC – NATO Maritime Interdiction Operational Training Centre organized training on the Greek island of Crete and in the Eastern Mediterranean [12]. 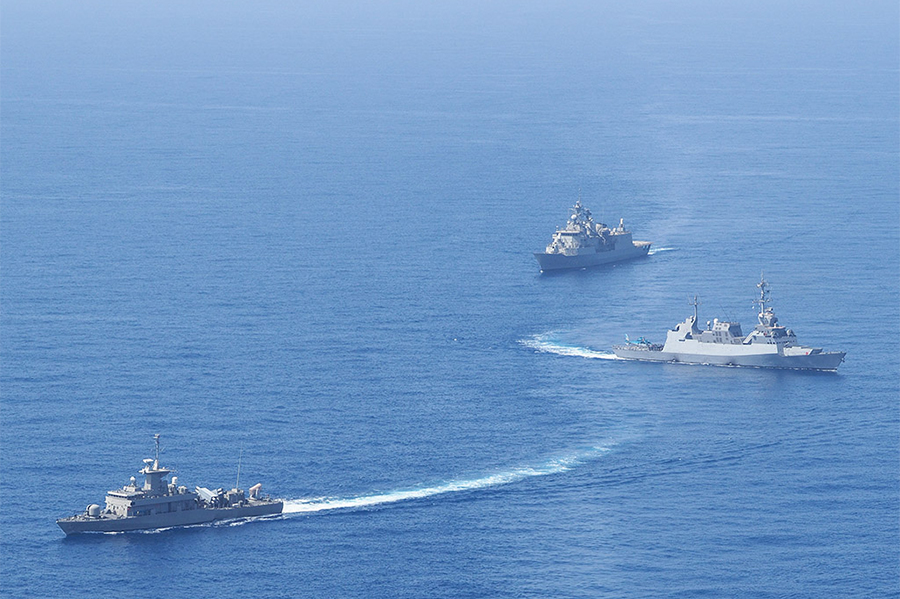 T he discovery of natural gas reserves in the Eastern Mediterranean highlighted the role of the Israeli factor in the Middle East strategy. The formation of Greece-Israel-Cyprus energy strategic axis, which enjoyed US political support, reduced Turkey’s regional influence. It was even talked in Washington, that in case of deteriorating relations with Turkey, the US can relocate its weapons from Turkey’s “Incirlik” base to Greece [14]. As a result, Erdogan’s Government distrust towards Washington gradually increased.

[6] Nikos Tsafos. Egypt: A Market for Natural Gas from Cyprus and Israel?. The German Marshall Fund of the United States.

[11] Noble Dina military exercises have been organized since 2001

[14] US senator: We to impose sanctions on Ankara, move our weapons from Incirlik base