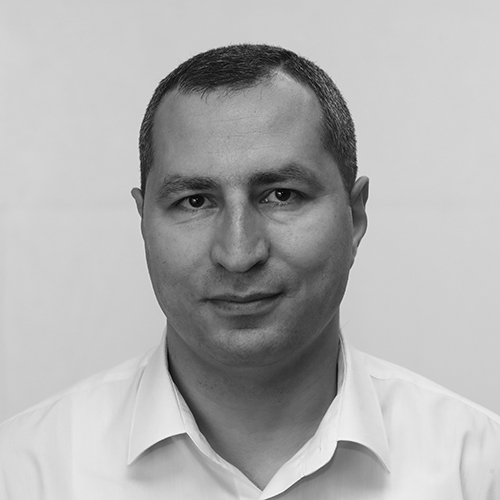 W hen talking about the representation of the Armenians in political life and in public administration system in Lebanon, we should take into account the peculiarities of the state-political system of that country. Lebanese state structure is based on ethnic and religious society, being represented in public administration system by its proportionality and weight. Maronite Christians, Sunni and Shia Muslims, making up major strata of society, occupy three top official posts in the country. The member of the Christian Maronite community holds the position of the President of the Lebanese Republic, Shia community’s member holds the position of the Speaker of the Parliament and Sunni community’s member holds the position of the Prime Minister. Armenians are also a religious community and have their representation both in the legislative and executive powers.  It is necessary to discuss the issue on the potential of the Armenian community in public administration system and in political elite in Lebanon in two dimensions:

In the Executive body, the deputy seats are allocated only to the Armenian Apostolic community. Taking into account the limited number of Armenian Catholics as well as the fact that the Armenian Evangelicals do not form a separate community, they do not have MP seats in Lebanese Parliament.

Previously two ministerial portfolios were planned for Armenians. There are two Armenian Ministers in current Lebanese Government: Minister of Tourism Avetis Kitanyan and Minister of Social Affairs Richard Kouyoumdjian. Only Avetis Kitanyan represents the Armenian community and is a member of the Armenian Revolutionary Federation (ARF). Richard Kouyoumdjian represents the Lebanese Forces party.

Armenians within Lebanese public -political elite and in public service

A rmenians of Lebanese citizenship, who are involved in ruling and political elite of the country, are divided into four groups: political figures, public servants, social workers and international media journalists.

Political field comprises of Armenian figures, involved in various political parties in Lebanon. Among them is Richard Kouyoumdjian, a member of the Lebanese Forces party. In 2019, he was appointed Minister of Social Affairs in Lebanon.

Armenians involved in the Lebanese political parties are not excluded from the community: they maintain relations with Armenian organizations and keep national issues on their agenda.  For instance, on January 24, 2019, Nazar Najarian met His Holiness Aram I, Catholicos of the Great House of Cilicia, and they discussed ARF and Phalangist Party’s joint legislative initiative to declare April 24 a National Day of Commemoration of the Armenian Genocide and Massacre of Christian Peoples of Ottoman Empire in Lebanon [3]. On February 2, 2019, the newly appointed Minister of Social Affairs Richard Kouyoumjian in his turn met with His Holiness to get his blessing and advice [4].


Secretary-General of the Lebanese Phalangist Party, Nazar Najarian, with His Holiness Aram I, Catholicos of the Great House of Cilicia

Diplomats and military figures predominate among public servants. Karma Ekmekji, the Advisor for the Prime Minister Saad Hariri and the Director of International Affairs to Lebanon's Council of Ministers, is the most prominent Armenian figure in the field of diplomacy [5]. He is one of those people, who combines public service and scientific pedagogical activity. Ekmekji teaches at the American University of Beirut, sharing his experience and knowledge with younger generation. He also participates in Prime Minister Saad Hariri’s international meetings with the leaders from other countries (US President D. Trump, President of France E. Macron, Pope Francis and so on).

Ambassadors Extraordinary and Plenipotentiary Vazgen Kavlakian [6] and Ara Khachaturian [7] are in the field of diplomacy. Shant Vartanian is the youngest Armenian in this field, who joined the Lebanese Ministry of Foreign Affairs in 2018 [8].

Besides them, there are 2 other military figures of Armenian nationality as well. One of them is the Lebanese Army General Narek Abrahamian, and the other one is Panos Manjian, General of the Lebanese Army, adviser to the defense minister Yaacoub Sarraf [10].

Another Armenian figure in the field of public service is Sebouh Mkhchian, who was the Director of the Office of the Minister of Programming in the former government of Lebanon [11].

Armenians are represented in the law enforcement system of the country as well. Among them is a lawyer Huri Ter-Sargsian, who works as an inspector general at the Central Investigator Council of Lebanon.

Among the Armenians engaged in social activities is Carla Khijoyan, who is Programme Executive for the Middle East at the World Council of Churches.

Being the mother community of Diaspora, the Lebanese Armenian community stands out for the fact, that the activities of Armenian organizations are not just of a local-Lebanese significance. Most of them are regional or nationwide level organizations. The best example of it are the Armenian churches. The Catholicosate of the Great House of Cilicia is the spiritual center of Apostolic Armenians [12]. The Armenian Catholic Patriarchate of Zmmar is the worldwide spiritual center of Catholic Armenians. The office of the Union of Armenian Evangelical Churches in the Near East is located in Beirut.

What refers to Armenian journalists working in international media, it’s worth mentioning the name of Lara Setrakian. The former correspondent for Bloomberg American news agency established her own news company in Lebanon. She is the founder of News Deeply [13], which is a unique media and technology platform, where journalism is combined with expert analysis.

All in all, Armenian community is represented by 15 figures in Lebanese public administration system and in social-political elite. They hold a position of a minister, high-level official, as well as carry out social activities in spiritual-ecclesiastical and legal fields.

[10] His Holiness Aram I received Minister of Defense of, http://www.armenianorthodoxchurch.org/archives/21174

[11] Hranush Hakobyan received Sebouh Mkhchian, Director of the Office of the Minister of Programming in the government of Lebanon, http://hayernaysor.am/archives/241584