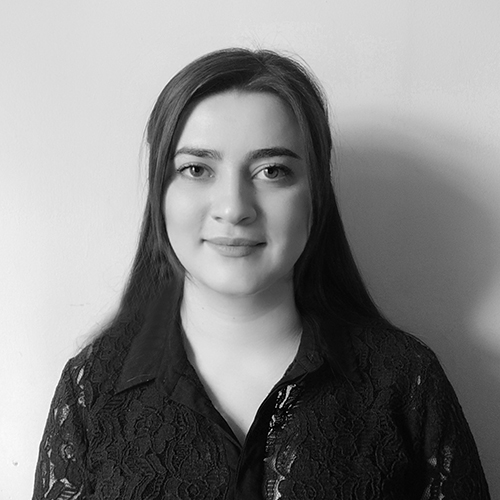 Abkhazian Railway Again On The Agenda

T he Abkhazian railway project within the context of  the Armenian-Russian and Azerbaijani trilateral talks on unblocking regional, economic and communication roads on January 11 has triggered an appeal from The Abkhazian parliament. The Abkhaz government stated to the Russian State Duma on February 9, noting “the Republic is ready, on equal terms, to participate in the project to open a railway link between Russia and Armenia through Abkhazia”.

Astamur Logua, Chairman of the People's Assembly committee on international, inter-parliamentary relations and relations with compatriots, noted that after the end of the war in Nagorno-Karabakh, countries of the region have begun to discuss the possibility of opening a railway connection. Abkhazia shouldn’t remain indifferent. He hopes that Abkhazia will participate in the project on an equal standing. Evaluating the future goal of partially unblocking the region, Logua noted that in the 21th century it is time to end the policy of isolation, recognise modern realities and build normal relations.

The Secretary of the Security Council of Abkhazia Sergei Shamba commented on the issue of opening the railway link, noting that when the topic arose in trilateral talks the proposal of the Abkhazian Parliament logically arose. According to him, it is also necessary to include Georgia, as it serves the interest of all the countries in the region. Shamba stressed that the topic isn’t new, “more than 10 years ago this topic was discussed and even a trilateral working group was created, including representatives of Russia, Abkhazia and Georgia”.

27 years since the Georgian-Abkhazian armed conflict between 1992-93 trains haven’t been running on the Moscow-Yerevan highway. Over the years, any talk of launching a railway has met with a political deadlock. In 2008, during the presidency of Mikheil Saakashvili, when the Georgian-Russian relations deteriorated, especially after the August war, restoring the railway was totally off the agenda.

The talks between Russia, Georgia and Abkhazia intensified in 2013, when the ruling Georgian Dream party, led by the new Prime Minister Bidzina Ivanisgvili, was trying to restore relations with Moscow. During his official visit to Yerevan in January 2013, Ivanishvili stated that the issue of the railway may be resolved if “there is will on all sides”. According to him, the restoration of railway communication through Abkhazia is directly related to the normalization of Georgian-Russian relations.

This statement met with a harsh reaction from the Georgian opposition and then President of Georgia M. Saakashvili. The latter stated, that it is in Russia’s interests and raising that issue without the context of de-occupation is a “criminal, anti-state, anti-Georgian act”. He also referred to the Azerbaijani-Turkish factor, stressing that after the start of the Baku-Akhalkalaki-Kars railway line, which will connect Azerbaijan with Turkey through Georgia, there will be no practical need for Georgia to open a railway communication through Abkhazia.

In 2014, when President Serzh Sargsyan made an official visit to Georgia after meeting with the president of the Russian Railways, there were rumors that the resumption of railway transit through Georgia would become a leading topic, however nothing eventuated. Sargsyan stated in his interview to Rustavi 2 TV, that the reopening of the railway is of vital importance for Armenia, but there was no serious discussion on the issue.

In 2017, when Karen Karapetyan told journalists during his visit to Georgia on February 23-24: “If you wonder whether there is an alternative to Lars, I can assure you that yes, we have reached an agreement on both the Lars and the energy corridor”. The words of the Prime Minister of Armenia again inflamed the passion of the Georgian opposition. They accused Georgian authorities of holding behind-the-scenes talks on resumption of railway communication through Abkhazia.

Deputy Prime Minister of the Georgian Government Kakha Kaladze said in response to the opposition's comments that nothing has been discussed regarding the railway with the Armenian delegation, and that the Georgian Government doesn’t even discuss the issue within themselves. Zurab Abashidze, the special representative of the Prime Minister of Georgia for relations with Russia, also denied these reports, stressing that according to the law on “the occupied territories” in Georgia, neither domestic economic relations nor international transit with Abkhazia and South Ossetia are allowed.

A bkhazia has raised the issue of the railway during the trilateral talks when an obvious attempt of unblocking processes have been going on in the region. A final result of which could be Azerbaijan joining Turkey through Nakhichevan and Armenia joining Russia through Azerbaijan. According to some comments, Russia is pushing the issue of the Abkhazian railway, in order to gain control over the Georgian railway, moreover to control the communication in the South Caucasus by increasing its influence in the region. This proposal is quite beneficial for Armenia, as it will give the nation an alternative to the Strategic Road used currently, which is difficult to pass in winter months.

Georgian political analysts believe that if the railway link proceeds it will legalize the occupation of Georgian territory by Russia. First of all Russia and Georgia must agree on such a decision. Besides this, the opening of the railway may damage Georgia’s relations with one of its most important partners, Azerbaijan and seriously damage Georgia’s interests.

Both Russia and Georgia have been trying to implement the Russian-Georgian agreement "On the mechanism of customs administration and monitoring of trade in goods” signed in 2011, in Geneva. According to which Swiss company SGS should provide information on goods imported and exported from Russia. SGS is tasked to control the flow of goods, including in the border areas of the Psou River and Rocky Tunnel, which are not controlled by Georgia. In addition, three transit corridors should be created for the movements of goods from Russia to Georgia, two of which pass through Abkhazia and South Ossetia. One of the roads will run from Sochi to Abkhazia, then to the Zugdidi region of Georgia, and the other road will run from Vladikavkaz to South Ossetia and then to the Gori region of Georgia.

In 2011, the issue of Russia's accession to the World Trade Organization (WTO) was considered, which required the consent of all its members.  Thus, Russia needed to obtain Georgia’s consent, which would ultimately help achieve Russia’s long-awaited goal of control over the goods that come from the Russian Federation to Abkhazia and South Ossetia. And as a condition of receiving a go ahead from Georgia with a Russian admission to the WTO, Tbilisi demanded that Moscow agree to a third country to be involved in monitoring these cargoes. As a result of long negotiations, the above-mentioned agreement was signed. After a delay of several years, in December 2017, the Georgian tax service officially signed the agreement with the Swiss company SGS, with Russia also signing the agreement one year later.

In 2019, both sides stated that they completed the procedures necessary for the practical implementation of the agreement "on the mechanism of customs administration and monitoring of trade in goods” signed in 2011. It allows using territories of Abkhazia and South Ossetia for trade and transit of goods, however no practical steps have been taken so far.

Many people believe that Armenia will become the main beneficiary of this agreement if the 2011 procedures finally eventuate and with the possibility of the railway link implemented Armenia will receive the most economical benefits. Lastly, although some Russian sources mention about creating the implementation of these transit corridors through Abkhazia and South Ossetia, particularly on the reopening of the Abkhazian railway the Georgian authorities categorically continue to deny the allegations on the establishment of new goals stating that the issue of reopening transit routes isn’t being discussed.