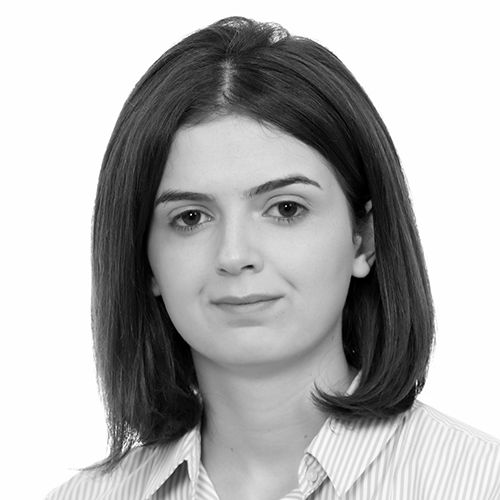 Another Wave of Anti-Iranian Sentiments in Azerbaijan

D espite the existence of a constant dose of anti-Iranian sentiment, from time to time there is an activation of these sentiments and propaganda of Iranaphobia in Azerbaijani information and public-expert platforms. Such an activation was registered in April-May of this year.

This time at the core of the anti-Iranian sentiments was the hostile perception towards Iran in some circles of the Azerbaijani society, dissatisfaction with Armenian-Iranian multi-layered neighborly relations, as well as the great desire to develop military-political relations with Israel, to which it was added a deep “gratitude” due to the significant contribution to the victory of Azerbaijan in the 44-day Artsakh war.

The first noticeable spark of discontent against Iran was noticed in the post-war Azerbaijani press, which certainly continues to operate under a strict state control. One of the Azerbaijani propaganda media published an extensive article entitled “Provocation against Turkey and Azerbaijan: Why does Tehran allow the “Armenian genocide” to be commemorated”, seriously criticizing the holding of events dedicated to the 106th anniversary of the Armenian Genocide by Iranian-Armenians in Tehran, in the case when it prevented “Support to Karabakh” protests by Turkic-speaking Azeris during the 44-day war.

A few days later, during the protest rally against the Russian peacekeepers in front of the Russian Embassy in Azerbaijan, the protesters chanted “Russians, Persians, Armenians are Turk’s enemies” famous slogan, proving once again the hostile attitude and perception towards the Iranians in some circles of Azerbaijani society, despite the efforts of the country’s officials to prove the opposite.

Another scandalous manifestation of such an attitude was recorded when in early May, Iranian Ambassador to Azerbaijan Seyed Abbas Mousavi and Iran’s Supreme Leader Ali Khamenei’s representative in Baku Ali Akbar Ojaq Nejad visited the family of Azerbaijani hero, General Polad Hashimov, who was killed by the Armenian Armed Forces during the armed clashes in Tavush, in July 2020 and conveyed them the medal of the Iranian martyr General Qasem Soleimani. Shortly thereafter, however, it turned out that General P. Hashimov’s family refused to accept the Iranian award. P. Hashimov’s mother Samaya stated, “We do not need the medal given by Iran” demanding Iran not to exploit his son’s name.

Alongside with the videos shared on Azad İran Telegram Channel, where aid was being transported from Iran to Armenia and then to Artsakh, Azerbaijani press published an article with an emphasis on “Illegal actions of Iranian and Russian soldiers in Karabakh”. Both Azerbaijani propaganda and “serious” media platforms, working in concert with each other, referring only to the publications on social networks accused Iran and Russian peacekeepers of transporting drugs, military cargo and illegal trade of gold in the name of humanitarian aid to Artsakh. Anti-Iranian theses were circulated, according to which “Over the years, Iran has been one of the sides involved in the activities of criminal groups in Artsakh and in drug trafficking”. When that illegal trade was hit hard after the war, those criminal groups found an easy way and enter Artsakh through Russian peacekeepers. In this context, accusations were made against Iran of “organizing armed saboteurs on the territory of Azerbaijan” against the background of the increase of Azerbaijani-Iranian border incidents, the latest of which happened on May 15, when 2 Azerbaijani border guards were killed as a result of an armed clash near the village of Gendera, in the Yardimli region of Azerbaijan.

I t should be noted that similar accusations against Iran were made both during and before the 44-day war, when Azerbaijani press and public-expert circles were actively discussing the topic of Iran’s providing illegal assistance to the separatist regime of Artsakh through bridges over the Araks River and the “criminal business” controlled by the Islamic Revolutionary Guard Corps.

The anti-Iranian sentiments gradually accentuated by such chain of events gained a wide public resonance in Baku, when Mojtaba Zonnour, the Chairman of the Iranian Parliament National Security and Foreign Policy Committee, made a statement noting the inadmissibility of changing Iran’s northern borders, followed by the information spread in the Armenian media on a somewhat mysterious visit of high-ranking Iranian servicemen to Armenia and on offering military assistance to Armenia. Azerbaijani experts emphasized: “Azerbaijan must be ready for the next tension in relations with Iran”.

The analytical articles and expert comments published mainly in propaganda media revealed almost all the problematic events in the Azerbaijani-Iranian relations. Iran was seriously accused of not sharing the joy of his northern Muslim neighbor for “the restoration of the territorial integrity of Azerbaijan”, of being concerned about the change of Armenia’s borders, of defining the territorial integrity of Armenia as a “red line”, as well as of fearing of not having a border with Armenia by opening the "Zangezur corridor" and internal division due to the strengthening of a Turkic world. The above mentioned manifestations of Tehran’s policy were qualified as an “open hostility to Azerbaijan”.

Moreover, the “tradition” of giving a religious tone to the issue continued: the Islamic Republic of Iran was presented as a “bad Muslim country”, one should always expect “unpleasant surprises” from. The traditional theses of becoming an airway for Armenia, which has been under siege for the last 30 years and to support “Armenians, who desecrated and destroyed the mosques” were brought to the agenda, which were then accompanied by pan-Turkic emphases and demanding aspirations towards the territory of Iran.

Against the background of such dissatisfaction with Iran’s political style, the issue of activation of Azerbaijan-Israel relations was brought to the agenda on various platforms. In parallel with the analysis circulated in the press, similar proposals were discussed in the Mili Majilis, the legislative body of Azerbaijan. The leader of the Whole Azerbaijani Popular Front Party, MP Gudrat Hasanguliyev and a few deputies in the Parliament proposed to open an Embassy of Azerbaijan in Israel, which contained a pronounced anti-Iranian rhetoric. Particularly, the proposals to establish diplomatic relations with Israel, selling modern military equipment to Azerbaijan, were based on the diplomatic relations and cooperation between Iran and Armenia.

The topic of the opening of the Azerbaijani Embassy in Israel was again on the agenda in April, when Israeli and later Azerbaijani media spread the statement by Israeli Foreign Minister Gabi Ashkenazi, according to which it was mentioned in the meeting of the Azerbaijan-Israeli Intergovernmental Commission that Azerbaijan will open a trade office with diplomatic status in Israel this year. Ashkenazi wrote on Twitter that Azerbaijan plans to open official trade and tourism bureau in Israel, which will have a diplomatic status, noting at the same time “it is an important step to open an embassy in Israel”. Assistant to the President of Azerbaijan and Head of Foreign Policy Affairs Department, H. Hajiyev stressed in an interview with Israel Hayom, that Israel is Azerbaijan’s strategic partner.

Despite all this, to assess Azerbaijan-Iran relations in the midst of such wave of deep dissatisfaction with Iran in Azerbaijan, the media, experts and deputies of the parliament noted Azerbaijani President Ilham Aliyev’s emphasis during a regional visit to Jrakan (Jabrail) and Kovsakan (Zengilan), that the Azerbaijani-Iranian border is the “border of friendship”. Aliyev’s statement made them not to pay much attention to anti-Iranian extremist rhetoric and emphasize, that Armenia is interested in Azerbaijan-Iran relations’ deterioration.

Thus, the anti-Iranian sentiments in the Azerbaijani not only do not weaken but also gain a new momentum due to various events. The growth of these sentiments is directly proportional to the development of Armenian-Iranian relations and cooperation, which continues to be perceived as a threat to Azerbaijan even after the 44-day Artsakh war. The deepening of Azerbaijan-Israel relations is considered a counterbalance to Iran-Armenia cooperation in both Azerbaijani public and official circles, for which Azerbaijan is already carrying out a noticeable work. This, in turn raises, concerns and provokes counteraction from Iran, always ensuring various disagreements on the bilateral agenda. On the other hand, however, Baku shows some caution and tries to maintain stability in relations with Iran, including suspending all the obvious manifestations of dissatisfaction with Iran in the country.